The world is getting younger! And that’s not a vague assumption, but a statement backed by various facts, reports and assessments by reputed and trustworthy institutions like the UN. The world is, in fact, getting younger and if there’s one region in the world that’s the biggest contributor to this phenomenon, it’s South Asia!

India especially, has an unrivalled youth demographic: 65% of its population is 35 or under, and half the country's population of 1.25 billion people is under 25 years of age and that is a huge number, a number big enough to justify the fact that for any positive step that the region takes, in any field, it has to have youth playing a big role in it, be it the economy, health or the environment!

It is with this belief that the South Asia Youth Environment Conclave, sponsored by the American Center, in partnership with the Earth Day Network, South Asia youth Environment Network (SAYEN) and the Centre for Environment Education (CEE) has been envisaged. The conclave is aimed at developing leadership skills among youth in the region, since they are ready to take on leadership roles and guide the region into the future, it is also very important that they understand the value of sustainability and why we must move forward in a sustainable manner, so that the youth of tomorrow have a future, just as bright as them, if not brighter!

As a lead up to the Conclave a contest for college youth was organized where youth were asked to share their proposals of the positive steps they intend to take in order to spread awareness about and to mitigate Climate Change, which is one of the major threats to the environment today. These entries were then judged and winners were announced. These winners then implemented their plans and regularly reported on their activities. Based on these reports the best implementers were selected in August, 2015 to represent their country and state at the Conclave.

The South Asia Youth Environment Conclave was sponsored by the American Center, in partnership with the Earth Day Network, – India, Centre for Environment Education (CEE) and South Asia Youth Environment Network (SAYEN) at the American center, New Delhi on 29 – 30 September, 2015, with an aim to engage, empower and encourage youth with an interest in and working on spreading awareness through action about sustainability issues like climate change in their college and community.

The Conclave saw participation from over 70 motivated youth from 5 countries, namely – Bangladesh, Bhutan, India, Nepal and Sri Lanka. The Conclave was preceded by a contest to help determine the finalists. Over 200 youth applied with proposals of action projects they pledged to undertake in over a month preceding the conference. An international jury consisting of representatives from all organizing partners shortlisted the finalists based on their reports on the implementations of proposals. The selected participants, representing 5 countries, 22 Indian states and the host city, New Delhi participated in the Conclave, sharing their work with each other, networking and strategizing on how to take their work forward.

The first day of the Conclave saw the participants putting up exhibits of their work, followed by them being divided into working groups based on the themes depicting the field of environment conservation they worked in during the contest stage.

The participants were divided into 10 working groups, according to themes, namely, Awareness in Campus Awareness in Communities, Communication, Cleaning Up, Energy Management, Natural Resource Management, Planting, Protecting Biodiversity, Recycling, Waste Management. The participants then discussed the work done by each one of them in their group and later presented it in front of experts in a panel discussion. 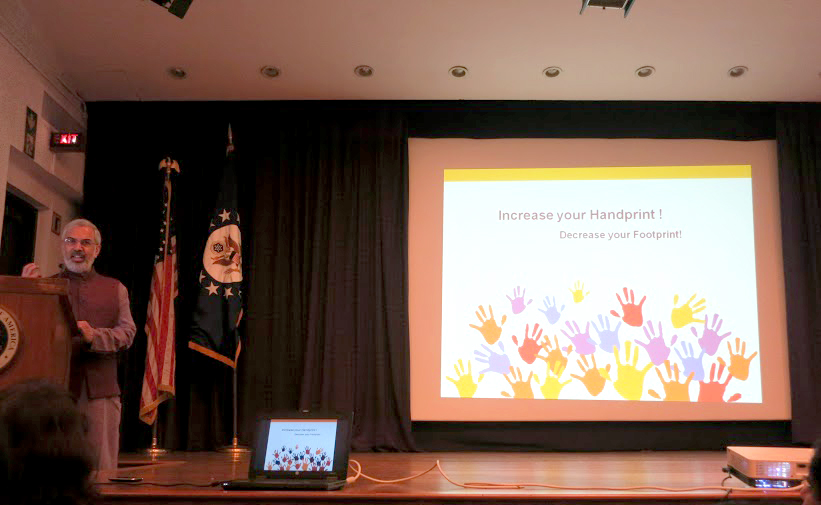 The second day focused more on sustainability and was started by an informative session by Mr. Kartikeya. V. Sarabhai, Director, Centre for Environment Education (CEE) on ways youth can work for a Sustainable Environment, his session was followed by a question and answer round with the participants, who asked questions ranging from the global scenario to local actions.

The students then got back into working groups again, this time focusing on finding synergies between their work and focusing on networking and making their action projects sustainable. The Conclave concluded with presentations by the groups and an open mike session, where all participants shared their experience and feedback and pledged to take their work forward and stay connected.

The South Asia Youth Environment Conclave is sponsored by the US Department of State’s American Center in Delhi, India. The Conclave is presented by Earth Day Network, India, in collaboration with the Centre for Environment Education and the South Asia Youth Environment Network, India. The aim of the Conclave is to showcase best examples of environmental campaigns and programs conducted by the youth of India, Bangladesh, Bhutan, Nepal and Sri Lanka. In addition, the Conclave aims at helping build bridges of friendship between youth from different parts of India, and of countries bordering India, so that a momentum for them to do their bit for the environment continues to grow. Approximately 70 college/university students, each recognized as Stewards for the Environment, are participating in the Conclave. Each of them has been selected from among the hundreds of applications received. While all of them have done considerable work, the following notes highlight just a few of the key efforts of each. We hope that the students will use the platform of the Conclave for more detailed interactions.

Following are the themes: 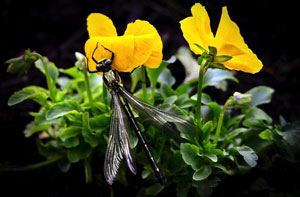 Biological diversity - or biodiversity - is the term given to the variety of life on Earth and the natural patterns it forms. The biodiversity we see today is the fruit of billions of years of evolution, shaped by natural processes and, increasingly, by the influence of humans. It forms the web of life of which we are an integral part and upon which we so fully depend.

It is individual choices, made billions of times a day that count the most. Our small choices add up to a large impact because it is the personal consumption that drives development, which uses and pollutes nature. 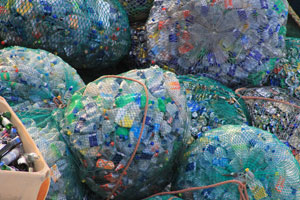 Nature doesn’t have the concept of ‘Waste’. Can humans do better?

Reducing, reusing, recycling and minimizing waste can reduce adverse impacts on the environment and us. Rational and consistent waste management practices are an opportunity to reap a range of benefits. 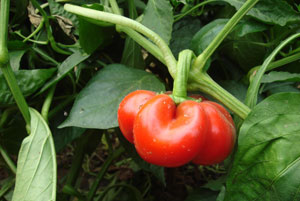 Sustainable agriculture is the act of farming based on an understanding of ecosystem services, the study of relationships between organisms and their environment. Organic gardening is one of the many ways in which we can get our share from the earth as well as preserve it for future generations. Not only is it safe, but it also does not harm the soil, the habitat or the environment. 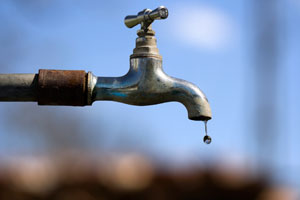 While the earth may be mostly water, only about 2-1/2 percent of it is fresh water. Of that 2.5%, even less is considered to be potable. Potable water is water that is considered to be safe to drink and cook with. While many countries are working to build water treatment plants, the fact is that due to changes in the climate the amount of rain and ice melts from winter have dropped off and lowered the reserve supplies of freshwater to be treated. 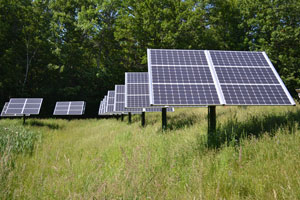 This is not just a physics fact, but a crucial detail to remember while speaking of conservation. Most of the power generated in the world today comes from fossil fuels. 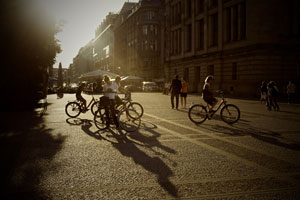 Buses, ferries, trains and cycles are the forgotten gems of mobility in many parts of the World. Transportation sector accounts for 14% of the Global Green House Gas emissions according to the Synthesis Report, Fifth Assesment Report, Intergovermental Panel on Climate Change(IPCC), 2010.

Youth Initiatives
Switch to Carpooling, Promoting Cycling and use of Public Transport.

The first Earth Day on April 22, 1970, activated 20 million Americans from all walks of life and is widely credited with launching the modern environmental movement. The passage of the landmark Clean Air Act, Clean Water Act, Endangered Species Act and many other groundbreaking environmental laws soon followed. Growing out of the first Earth Day, Earth Day Network (EDN) works with over 50,000 partners in 192 countries to broaden, diversify and mobilize the environmental movement. More than 1 billion people now participate in Earth Day activities each year, making it the largest civic observance in the world.

South Asia Youth Environment Network was set up in July 2002. Supported by the UNEP Regional Office, Asia and the Pacific; SAYEN is linked to TUNZA, UNEP’s strategy for engaging young people in environmental activities and in the work of UNEP. CEE hosts the Secretariat for SAYEN, which has membership from all the SAARC countries. A organization in each of the SAARC country has been identified as the National Focal Point (NFP) for the network. The number of SAYEN members in each country ranges from 20 to 100 with over 1500 youth organizations, individual, national and international agencies including Government in the region associated with SAYEN. NFPs facilitate SAYEN activities in their respective countries.

South Asia Youth Environment Network was set up in July 2002. Supported by the UNEP Regional Office, Asia and the Pacific; SAYEN is linked to TUNZA, UNEP’s strategy for engaging young people in environmental activities and in the work of UNEP. CEE hosts the Secretariat for SAYEN, which has membership from all the SAARC countries. A organization in each of the SAARC country has been identified as the National Focal Point (NFP) for the network. The number of SAYEN members in each country ranges from 20 to 100 with over 1500 youth organizations, individual, national and international agencies including Government in the region associated with SAYEN. NFPs facilitate SAYEN activities in their respective countries.

jMeter is an Open Source testing software. It is 100% pure Java application for load and performance testing.